PSG prides itself on presenting an exciting and illuminating lineup of both well-known and up-and-coming Pagan presenters!  Featured presenters will be giving workshops and taking part in PSG community -- a terrific chance to get to know Pagan thinkers and leaders from around the country!

Please see below for details on featured presenters for PSG 2022 Pagan Leadership Institute. Please remember these workshops are open to all adults to attend. 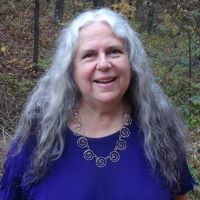 Selena Fox is a Pagan priestess, Nature mystic, author, photographer, podcaster, and spiritual counselor.  Selena is senior minister of Circle Sanctuary and founder of Pagan Spirit Gathering.  A lifelong environmentalist, Selena is executive director of Circle Sanctuary Nature Preserve located in southwestern Wisconsin, USA, which includes Circle Cemetery, a national Pagan burying ground that is among the first Green cemeteries in the nation. Selena has a MS in counseling from the University of Wisconsin-Madison and does consultations, readings, and counseling by zoom and telephone.  Selena's writings, rituals, meditations, chants, and photographs have been widely published on-line and in-print.  Selena hosts two weekly podcasts, Nature Spirituality and Nature Mystic on CSNP, Circle Sanctuary’s internet radio network.  Selena presents workshops and rituals at in person and virtual gatherings across the USA and other countries. She is founder of the Circle Craft tradition which blends together ancient and contemporary Pagan folkways, Ecopsychology, multicultural Shamanism, and Nature mysticism. 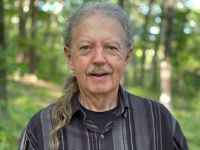 Dennis is Professor Emeritus of psychology, author, photographer, environmentalist, meditation teacher, and Circle Sanctuary minister.  He assists with the administration of Circle Sanctuary, its community, publications, land, and cemetery.  His current interests include Ecopsychology, Nature Spirituality, Yoga, Pilates, Mindfulness, and Meditation.  He presents workshops in person and online about the health and wellness benefits of experiences in Nature and the potential of such experiences to strengthen ecological awareness and activism. 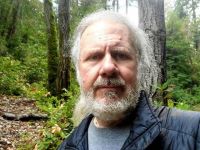 Andrew lives near Monterey Bay, on the central coast of California. As an ordained minister with Circle Sanctuary, Andrew practices the paths of Ritual Faery Magic, Hermetic Qabalah, Buddhism, and just hanging out in nature. Andrew works professionally as a Board-Certified hospital chaplain.

Char is a former broadcast journalist and professional actor. She is also an award-winning US Army Veteran and healthcare chaplain, with 25 years professional interfaith ministry experience. Bear was ordained with Circle Sanctuary in 2020. Since then, she has launched the Green Faith Circle ministry focused on climate justice and eco-activism, which includes a monthly zoom meeting, a monthly podcast called The Blue Marble and a seasonal eco-education series plus eco-justice special events. She also is a member of the newly formed Chaplaincy Committee for Circle and helped to update the chaplaincy program and to expand Circle’s procedures for credentialing Circle Sanctuary clergy who seek a career in chaplaincy. She has been a featured participant in Full Moon Circles, at holiday special events and festivals both live and on-line, leading education classes, and as a guest speaker on panels about timely justice and interfaith issues as well as a guest on other CSNP podcasts. She was a presenter at the 2021 Parliament of the World’s Religions. This is the third year Bear will be presenting a workshop at PSG. She lives with her partner, Rev. Andrew Bear and their rescue dogs, at the Monterey Bay sanctuary in California, traditional lands of the Oholone Rumsen and Amah Mutsen peoples, and home to many beloved and endangered marine species. 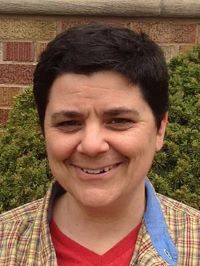 Jake (they/them) holds an MDiv in Urban Ministry and has provided spiritual care and leadership for over 30 years. Their work also includes developing vanguard harm reduction services for people experiencing homelessness and/or involved in sex trading, managing a residential treatment unit, chaplaincy in a psychiatric hospital, providing training on a wide array of cultural competency and evidence-based practice topics, and direct public action on a wide range of justice issues. They are an earnest student of Nonviolent Communication, a Certified Naturalist, and an avid devotee of vegan nutritional and homeopathic / naturopathic healing. They founded and co-coordinate the Social Justice Center, the Magenta Luncheon, and several other programs at PSG, and serve on the MTP Coordination team.

Chip is a retired attorney and historian. He has served and continues to serve Circle Sanctuary as legal advisor on church and cemetery matters, having assisted with establishing the formal county and state registered and regulated Circle Sanctuary Green Cemetery in 2010. Chip has been an administrator and special issues director for the PSG for 25 years. He has been affiliated with Circle Cemetery sunce 1982. Chip practices his spiritual path within the Circle Nature Religion umbrella. Chip's spiritual beliefs and practices include not only elements of his ancestral Delaware Indian religion, but also religious elements of his Celtic, Nordic and Roman Pagan ancestors. Chip incorporates modern and ancient techniques for transformation and healing work in his practice. He lives off-grid in NW New Mexico, within the traditional lands of the Navajo, Puebloan and Apache peoples with his wife, where they are building a home and farm, producing food for their local community, and working with the Navajo Nation to implement food sovereignty programs and principles into the Navajo Nation Code. 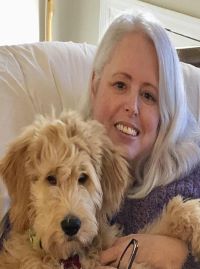 Dia is a pagan activist, author, community leader, sister, wife, partner, mother, musician, and a person challenged with a disability. Dia is a founder and current President and High Priestess of the progressive-minded Willow Dragonstone Community & Coven, LLC, in Gwinnett County Georgia. Her writing reflects a life filled with a wide range of different experiences. Her first book was released in 2015 and she has focused on boots on the ground ministry serving locally and throughout Georgia. Crabtree travels with Cas, her service dog. 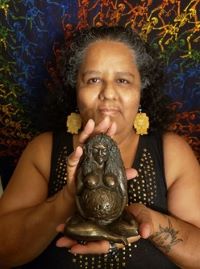 Laura offers her intuitive gifts as a Spiritual & Community Healer, Priestess and Minister and is a Practitioner of Traditional Mexican Folk Magic, Native Philosophies and North American Paganism in the Goddess tradition. Her community activism is an extension of her spiritual practice, she is an advocate for the Latin American, Pagan & LGBTQIA communities and cares deeply about women’s rights, suicide prevention and diversity inclusion. Laura co-edits the e-zine, El Caldero and publishes regularly there and in Circle Sanctuary Magazine. She is also the founder of Boletin Pagano, a meeting place for Spanish-speaking Pagans. In the past, Laura has been deeply honored to present workshops at events such as Parliament of the World’s Religions, Greater Chicagoland Pagan Pride Day, Fort Wayne Pagan Pride Day, St. Louis Pagan Picnic, Circle Sanctuary and Pagan Spirit Gathering. She’s a leader in her community as a resident Bruja (healer) and as volunteer ESL teacher at the Aquinas Literacy Center. Laura Gonzalez is also a popular podcaster and producer of her shows, Lunatic Mondays (Lunes Lunaticos) and Paganos del Mundo on Circle Sanctuary Network Podcasts. 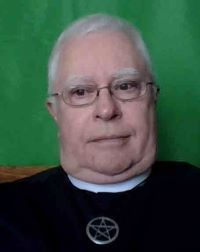 In my early life I served as a counselor, clinical psychologist and professor of clinical psychology until my retirement in 2019.  My training in mental health was sought by Circle, and I have coordinated Psyche’s Grotto, the volunteer counseling and crisis service at PSG from 2007 to the present.  I sought ministerial candidacy and did my internship in ministry serving a correctional facility in Wisconsin.  I added service to Naval Station Great Lakes for 2 ½ years before I retired from both my prison and military ministry as well as academia in 2019.  In the summer of 2021 I was called back to ministry at both sites, though COVID-19 has affected the military more than the prison ministry.  I’ve also been involved in some interesting cases through Lady Liberty League, so I’ve enjoyed serving our community for many years in these different ways. 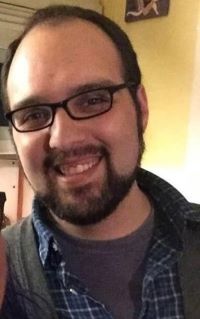 Marshall (he/him) holds his MS in Counseling from University of Wisconsin-Madison, where he is a Ph.D. student in Counseling Psychology. He's a long-time PSG coordinator and attendee. Raven has a passion for social justice in organizational structures and systems. He wants to share his learning and tools that we can use regarding equity, inclusion, and diversity. 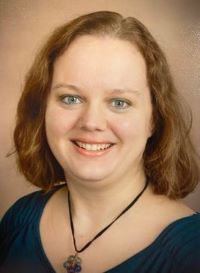 Liz is a student in Circle Sanctuary’s Ministry Training Program. She is a registered nurse in Iowa. Her first degree was Earth Science teaching with a minor in women's studies. Liz has traveled to Australia, Ireland, and the Caribbean and she has been practicing Wicca for 25+ years. 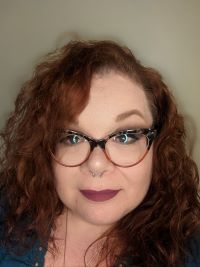 Jewels grew up in the Finger Lakes region of New York, enjoying the magick of the land before transplanting to Indiana. She is the mother of two young adults as well a rescue dog and a plethora of cats. She loves working with her home tribe in Fort Wayne, Three Rivers Pagans, as well as the greater Pagan community, and is an ordained minister with Circle Sanctuary where her passion is Pagan academia and shadow work. She is the local co-coordinator of Fort Wayne Pagan Pride, now in its 9th year. If you don’t find her behind her computer working on research or working on her next fiber art project, she’s probably out in her community garden. She’s been out of the broom closet officially since 2009 but has always talked to the God and Goddess in nature around her. 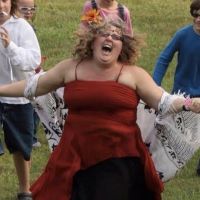 Shel has been involved in the Pagan community for over 25 and the mental health field for almost 30 years. During that time she has been training in, provided, taught, developed, and/or been involved in service provision, rites of passage, ritual, religious freedom, intra/ interfaith related issues, program and business management, death midwifery, diversity development and education, woman’s issues, psychology, crisis management, and Motivational Interviewing.

Amanda (she/her) is an active member of Circle Sanctuary and its Sacred Fire Circle.  As a Druid whose magical practices rely heavily on shamanism, helping to coordinate the Sacred Fire has been an important part of her spiritual journey.  Amanda also enjoys serving her community in more mundane ways, such as running the raffle at various events on Circle land and co-coordinating the Information Tent at PSG.  When she’s not helping people transform their own lives, she enjoys unionism, various hobbies, and her two dogs.

Grace is a Senior Project Manager working in software and soon-to-be Circle's newest-minted Minister. She is passionate about personal development and is excited to bring a couple topics to PSG this year that are near & dear to her own personal journey. You may have seen her at Pscyhe's Grotto in past years and she has previously facilitated workshops at Pantheacon, Paganicon, Circle Sanctuary, and Pagan Spirit Gathering. 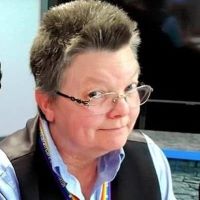 Tristan was ordained as a Circle Minister at PSG 2011 and Croned at PSG in 2019.
She has been a practicing Wiccan for over 35 years and has studied with several respected Elders in the Washington, DC Metro Area. She also served as the Earth Centered Religions liaison to the Office of Chaplains at the Washington, DC VA Medical Center.
She has led several group past life regressions at PSG and elsewhere with very good results. She will share her techniques with the PLI institute and describe how it can be beneficial to help students and others in self discovery that can help to enhance Spiritual growth.
Rev. Tristan has been enjoying retirement to the fullest with her wife, Zan, as they RV full-time all over the US and Canada. This will be their 16th PSG.