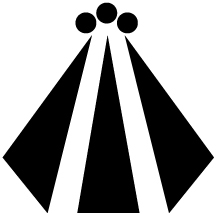 On January 9, 2017, the U.S. Department of Veterans Affairs (VA) added the Awen to its list of emblems of belief authorized for inclusion on the gravestones and other memorial markers it issues to honor deceased veterans.   It is number 65 on the list: http://www.cem.va.gov/hmm/emblems.asp

The first VA headstone with the Awen is already in production and is for retired Air Force Captain Wayne Laliberte of Texas (1954-2013).

Although Wayne was not a member of any Druid organization, he was a Bard, and the Awen, the flowing spirit of inspiration, was central to Wayne's spirituality and life. In addition to serving in the Air Force and reserves for 20 years and later working as a human resources director in hospitals, Wayne was a musician, drummer, teacher, and author.  He had both a M.S. and M.B.A. and enjoyed ancient history, wizardry, and mythology.  He co-authored a book with his wife, Rita Louise, Ph.D., The E.T. Chronicles: What Myths & Legends Tell Us About Human Origins. More about his life is in his obituary: http://www.legacy.com/obituaries/dallasmorningnews/obituary.aspx?pid=166556783 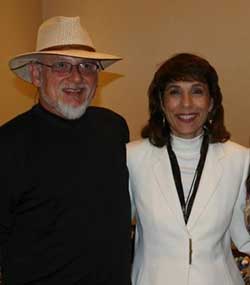 "When Wayne died, none of the symbols that were options for VA gravestones at that time were suitable, so I decided to let the place for the symbol on his stone remain blank," said his wife, Rita.  "I later learned that it was possible to apply to the VA to get the Awen on the list and did so.  I am glad that my husband will have the Awen on his gravestone as a symbol of his spiritual beliefs."  Wayne's grave is in the Dallas-Fort Worth National Cemetery near Arlington, Texas, which he preferred to call "Arlington National Cemetery, Texas."

The quest to add the Awen symbol to the VA’s list of emblems of belief list began more than twelve years ago.  Druid leaders including Ellen Evert Hopman, Archdruidess of Tribe of the Oak; Tony Taylor, Co-founder & Archdruid Emeritus of the Henge of Keltria; and others networked about this while supporting efforts by Circle Sanctuary and its Lady Liberty League to have the VA add the Pentacle to its markers emblems list.  In order to have a new emblem considered, the VA requires that the next of kin of a deceased veteran submit a request and the emblem submitted needs to be free of copyright and trademark restrictions.

"I am thankful that the Awen has been added to the VA’s emblems of belief list," said Circle Sanctuary senior minister Selena Fox who assisted Rita in her application to the VA which was submitted at Lughnasadh, August 1, 2016.  Circle Sanctuary minister and graphic designer Jerrie Hildebrand worked with Selena and Rita to create the version of the Awen that Rita submitted.   "We sought to create a form of the Awen that not only would be suitable for gravestones of Druid veterans who are affiliated with Circle Sanctuary, but also could work for Druids of some other paths and organizational affiliations," said Selena.  Thanks to all who have networked with us over the years and given input and support in this quest.  Druid veterans who would like a different Druid symbol added to the list and would like Lady Liberty League help with the process can contact us here.