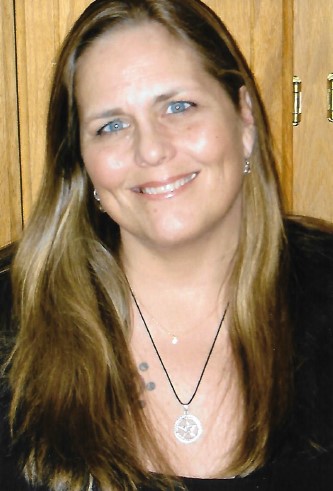 Nora Cedarwind Young died at the age of 62 years on Friday, June 14, 2019 with her husband Bud and family by her side.

Nora was born on May 31, 1958 in Flint, Michigan to Gerald and Peggy Colby.  As a young woman, Nora lived in Hawaii before moving to Washington State where she lived most of her life. She lived on Lummi Island, in Chimacum, and in Bellingham.  Nora had two sisters and a brother.  She was mother to four children and had seven grandchildren.

Nora loved Nature and was a lifelong environmentalist.  She also was a food coop organizer and social justice activist.  In 2008, Nora was a recipient of the K Robins Peace Prayer Pendant Award honoring her Peace work in hospices and society.  Nora was a leader in the Greening the End of Life movement and helped start several Green cemeteries.

On May 5, 2000, she married the love of her life, Bud Young, from Quilcene, Washington in a handfasting ceremony at Circle Sanctuary Nature Preserve near Barneveld, Wisconsin.  Nora and Bud, longtime Circle Sanctuary Community members, were part of the Pagan Spirit Gathering and supporters of the Lady Liberty League, including assisting with the Veteran Pentacle Quest.  They also were part of the Circle Sanctuary delegation to the Parliament of the World's Religions in Salt Lake City, Utah in 2015.

Nora was ordained as a Circle Sanctuary Minister in 2009 and her ministry work included facilitating ceremonies, teaching, spiritual counseling, mentoring students in the ministers training program, interfaith networking, religious freedom activism, and end of life education.  In addition, Nora was the first Pagan/Nature Religion endorsed hospice chaplain in Washington State.  Nora helped create and facilitate the Rite of Passage into Young Womanhood program that is part of the Pagan Spirit Gathering.  In addition, Nora helped create another annual Pagan Spirit Gathering tradition, the annual Ceremony of Remembrance for our Beloved Dead.  Nora served as an advisor to Circle Cemetery, a national Pagan cemetery and one of the first Green cemeteries in North America.  In accordance with her wishes, some of her ashes will be buried there.

Gatherings of remembrance and celebration of Nora, her life, and legacy include:

The Rebirth of Death (guest blog for The Tangled Nest, November 1, 2011): http://thetanglednest.com/2011/11/the-rebirth-of-death-natural-burial-and-a-make-your-own-casket-plan

Interview by Cajun Cauldron (May 31, 2011): http://crystalcauldron.blogspot.com/2011/05/interview-with-nora-cedarwind-young.html