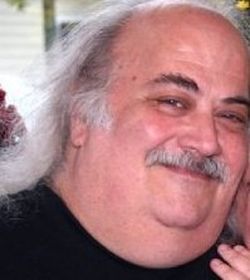 Mike Gleason was a beloved Pagan Elder, Pagan music & book reviews writer, & Alexandrian Wiccan High Priest. He was born Michael Gleason on March 14, 1951 and died on August 30, 2012 at his home in Beverly, Massachusetts. Mike is survived by his wife Cindy (Cynthia), his daughter Sheri Lynn, and his son Ed (Edward).

Mike was born in Luddington, Michigan and was raised in an Irish Roman Catholic family. During his high school years, he began studying Paganism. He began with Pagan Way studies and then embraced the Alexandrian Wiccan tradition, which included personal communications with the tradition founder, Alex Sanders. Mike was initiated into the tradition in 1974 and in 1977 became a High Priest.

Mike was among the Wiccan leaders who supported the emergence of multi-tradition Pagan festivals in the USA and was active in the Pagan Spirit Gathering during its formative years in the 1980s. Active in Pagan rights endeavors, including public education, Mike assisted with several Lady Liberty League endeavors as well as was head of the Massachusetts chapter of WARD (Witches Against Religious Discrimination), and was part of the Witches Education Bureau & Witches Education League and other organizations.

Mike was known for his publications work. He served as the co-editor and publisher of THINK! Magazine (1996-1999). He contributed to Circle Sanctuary periodicals, including CIRCLE Magazine (formerly known as Circle Network News), and the Pagan Spirit Journal. During the last part of his life, his reviews of Pagan and Esoteric books and recordings were published on-line in a variety of places.

Memorials are being planned, including the interment of his ashes in Circle Cemetery at Circle Sanctuary Nature Preserve in Wisconsin.

Mike's family invites memorial gifts in Mike's memory be made to Circle Cemetery:

Circle Cemetery, a national Pagan cemetery, is one the first Green cemeteries in the USA.

May those of us who mourn Mike's passing take comfort in the memories of our good times with him and in knowing that his legacy within Paganism continues on in his writings and the many lives he enriched.