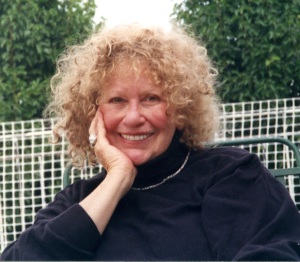 Marion died on July 1, 2009 after a long illness. Her family held a private memorial at Marion's family home on August 1 on Long Island, New York. The following day, members of her coven and other close friends held a private memorial at a home in New York City's upper west side. A public ceremony for Marion was held on Saturday, September 26 at Battery Park in New York City as part of the Pagan Pride Day. Mama Donna Hennes and Margot Adler facilitated the ceremony.

Marion, a member and long time supporter of Circle Sanctuary, requested that after her death, there would be a place of remembrance for her at Circle Cemetery, the national Pagan cemetery at Circle Sanctuary land near Barneveld, Wisconsin.

On Saturday morning, October 31, 2009, Selena Fox & other Circle Sanctuary Ministers assisted by Ministers-in-Training and other community members performed a memorial service for Marion as part of the Samhain Festival at Circle Sanctuary Nature Preserve in Wisconsin.

Tokens of remembrance from friends, family, and fans were interred in the cemetery as part of the memorial. A custom designed granite pentacle marker was placed there and dedicated. Cost of the marker was funded by donations of family, friends, and fans from across the USA.

A video was made of the memorial service by community member Gabe Wollenburg, and can be seen here:

Contribute to Marion's Memorial Fund with proceeds supporting the Circle Cemetery project. Donations are tax deductible in the USA. 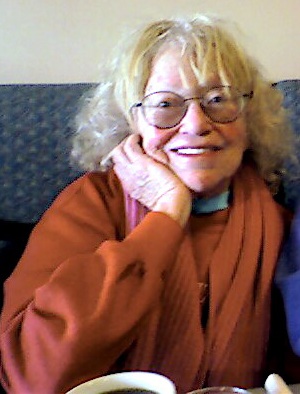 Marion was raised in a Jewish family. She began identifying with Witchcraft as a young child and had a lifelong affinity with the Goddess Diana. She graduated from Barnard College with a bachelor's degree in English literature, and also studied acting, dance, film and voice.

In the late 1960's, Marion began practicing Witchcraft as a religion with others, and founded the Earth Magic Dianic tradition. In 1969, Marion began her work in radio, combining her talents and spirituality with her own show, Marion's Cauldron, on WBAI radio in New York City. Her show was the first weekly Pagan radio show in the United States, and it lasted fourteen years. Years later she became one of the first Pagans to have a regular weekly internet radio show, and more recently, she entered the internet video world with a series of You Tube videos.

In 1978, Marion's first book, Positive Magic, was published and it continues to be treasured by many as a practical guide to spiritual theory and practice. Also in 1978, Marion began working professionally as a stand-up comic in nightclubs and used Witchcraft as part of her routines. Over the years, Marion wrote books and articles, made audio and video recordings, presented talks, guided ceremonies, and did media appearances.

Marion was an activist for world peace, religious freedom, and Pagan rights. She hosted and produced an annual Samhain celebration on Halloween night for many years in New York City. Marion loved Nature. During the last part of her life, she lived, wrote, and networked at her family home near Atlantic Beach, Long Island, New York. There, she was active in animal rescue and cared for many cats and dogs. She also enjoyed gardening, feeding swans, swimming, and taking walks along the water.

Marion had a great sense of humor, a loving heart, and a brillant mind. She was one of my dearest friends and I am thankful for our many shared conversations and ceremonies over the years. I also am thankful for her longtime support of Circle Sanctuary and the Lady Liberty League, and for her many contributions to Paganism as well as the greater Circle of Nature of which we are all part. I miss her, but take comfort in knowing that her special magic and wisdom lives on in her books, recordings, videos and other creations and in the many lives she blessed.

Marion: We honor you, we remember you, and we thank you for your bright spirit, your books, your rituals, your recordings, your other creations, and for the positive magic you brought into this world. We take comfort in knowing that you live on in your works and in the many lives you blessed. Blessed Be!