Helen Umber passed away peacefully at home of natural causes on December 8, 2017.  She was born in Newark, New Jersey in 1923 and lived in Union, New Jersey for 31 years.  She married Franklyn Umber in 1954 and after marriage lived in Mountainside, New Jersey.  They had a daughter, Robin in 1960.  Franklyn died in 1987 and later in life, Helen moved to live with her daughter in Wisconsin.

Part of the Circle Sanctuary Community, over the years Helen and Robin took part in a variety of festivals at Circle Sanctuary Nature Preserve and elsewhere, including Pagan Spirit Gathering.  We are thankful for Helen, her life, and her bright spirit. 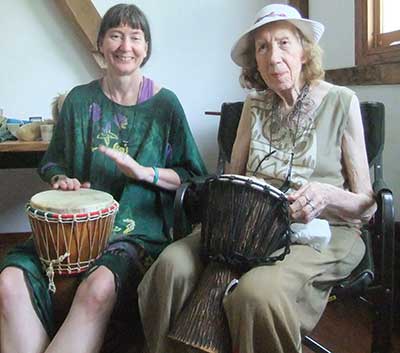