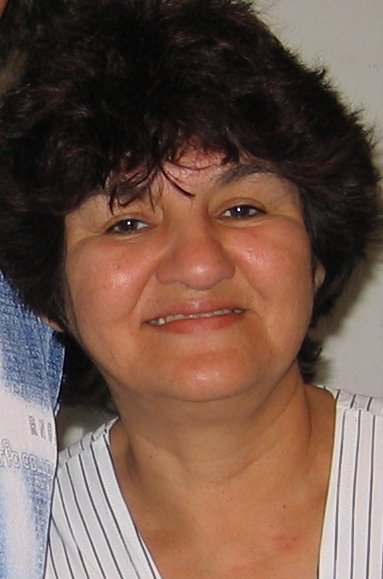 Gloria Gonzales Villanueva (1948-2008) was a member of Circle Sanctuary since 1983 and served as an Circle Sanctuary minister and Wiccan priestess since 1993. Gloria was born in San Antonio, Texas on Good Friday, March 26, 1948 and died in Milwaukee, Wisconsin as the sun set at Yuletide and Christmas Day on Thursday, December 25, 2008.

Over the years, Gloria, a Mexican-American whose heritage included indigenous Mexican roots, worked closely with Selena Fox and others on a variety of Circle Sanctuary interfaith, international, and multicultural projects. She served as a teacher, translator, advisor on indigenous relations, and curandera. In October 1992, Gloria represented Circle Sanctuary in Mexico at the multitribal international gathering of North, Central, and South American indigenous peoples held in Mexico City and at ancient Mexican sacred sites as an alternative to observances of the 500th anniversary of Columbus' arrival in the Carribean. In addition, Gloria has presented workshops and helped facilitate ceremonies at Circle Sanctuary festivals, including the national Pagan Spirit Gathering.

In May 2008, Gloria was diagnosed with stomach cancer and began treatment. She went into remission for several months in Autumn 2008. Although more cancer emerged and she died, Gloria lives on through her many contributions to Circle Sanctuary and Paganism and through the many lives she has blessed.

Gloria is survived by her husband Martin, and by her daughter Carolina and her sons John, Matthew, and Alberto. Other family members include her grandchildren Veronica, Matthew, Joseph, Adrianna, Alyssa, Mya, Tatiana, Dakota, Margarita, Gloria, and Thomas, and her great grandson, Alberto Jr. (AJ) -- and her brothers and sisters, Gerald, Carolina, Abe (Michelle), Margaret (Mark), Roseann,and Rudolph, and nieces, nephews, and other relatives, plus many friends and associates. This listing of family is adapted from Gloria's obituary published in the Racine Journal Times on December 28, 2008.

A memorial service and related events for Gloria were held on Friday, January 2, 2009 at the Maresh-Meredith and Acklam Funeral Home, 803 Main Street, Racine, Wisconsin. Visitation was held from 3-5 pm, followed by a multicultural and interfaith service conducted by Rev. Selena Fox of Circle Sanctuary from 5-6 pm. The service included a Wiccan Elemental farewell by Selena and expressions of remembrance by some family, friends, and co-workers. As Gloria requested, Selena burned some copal, sacred incense from ancient Mexico, to bless the site and ceremony. Pagan, Indigenous Mexican, and Hispanic Roman Catholic sacred art adorned the altar, including images of Our Lady of Guadelupe/Tonazin/Great Goddess. After the service, many of those attending the service joined together at a dinner in the fellowship hall of a nearby parish church.

On the morning of Saturday, January 3, 2009, Rev. Selena Fox conducted an interrment service at Holy Cross Cemetery Chapel, 5600 Holy Cross Road, Racine, Wisconsin. Following this service, Selena and several close family members interred some of Gloria's ashes in the cemetery next to Gloria's mother's grave. At her request, some of Gloria's ashes will be interred at her husband's family cemetery in Mexico and at Circle Cemetery at Circle Sanctuary Nature Preserve in Wisconsin.

Memorial Donations in Gloria's memory can be made to Circle Sanctuary.