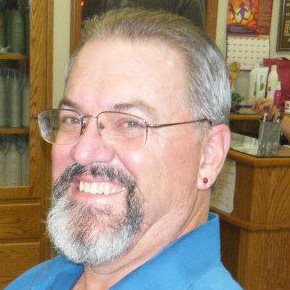 Dennis Wayne Presser was born on November 10, 1958 in El Paso, Texas.  He was the son of William and Joan (Hamilton) Presser.  Dennis died suddenly of a heart attack at his family home on February 16, 2013.

Dennis faithfully served his country for over 20 years as an Army Infantryman, serving both in active duty and in the National Guard. He retired from the 32nd Infantry Brigade at the rank of Captain.

Dennis graduated from North Dakota State University where he received a BA in Humanities. From 1991-1995, he attended and graduated from UW-Madison with his MA, MS in Public Administration and Urban and Regional Planning.

Dennis was an avid conservationist, hunter and trout fisherman. He held active roles in many organizations including the Ruffed Grouse Society, Dane County Conservation League, the Nature Conservancy, Southwest Wisconsin Chapter of Trout Unlimited, the Prairie Enthusiasts and until recently was Chairman of the Prescribed Fire Council of Wisconsin. Dennis served as a Union Steward for the Wisconsin Science Professionals.

Dennis also was an active member of his church, Circle Sanctuary, near Barneveld, Wisconsin and he led conservation efforts on the Nature preserve there.  For many years, Dennis also was one of the Bonfire Circle coordinators of the Pagan Spirit Gathering, the annual Summer Solstice festival sponsored by Circle Sanctuary.

Dennis also enjoyed making music and was a member of the Madison-based Brazilian percussion group, "The Handphibians" for several years.

Dennis was beloved by many for his humor and full hearted generosity.  To his last day, he lived his life fully.  We honor Dennis and his Nature-loving spirit, his devotion to sacred Rhythm, and the friendships he made so easily and widely.  What is remembered lives.

Dennis is survived by his loving wife of 25 years, Laurie Larson, also known as Laurie Blue Heron, and their children: their son Hunter and daughter Allegra Larson, all of Madison, Wisconsin. 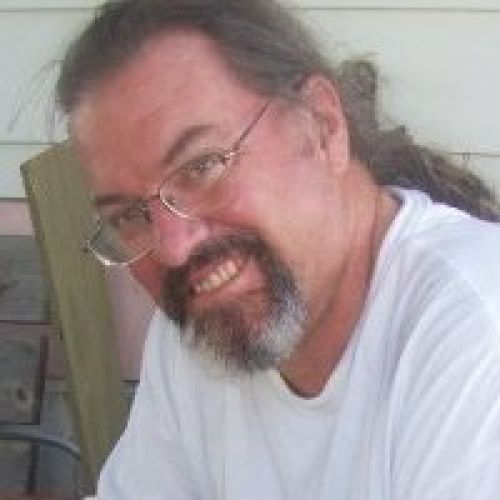 A Memorial for Dennis was held on Saturday afternoon, February 23, 2013 at the Cress Funeral Home, 3325 East Washington Avenue in Madison,  Visitation was held from Noon until 2 pm, followed by a public Memorial service from - 3:30 pm with Rev. Selena Fox, Senior Minister of Circle Sanctuary, officiating.  The Memorial included the sharing of tributes and memories by family, friends, co-workers, neighbors, and others.  A potluck dinner followed the service.

On November 13, 2006, there was extensive national and global publicity about Circle Sanctuary's efforts to have the US Department of Veterans Affairs (VA) add the Pentacle to its list of emblems of belief that can be included on the memorial markers it issues to honor deceased veterans. Dennis spoke out in support of this quest on Madison, Wisconsin television news and made public his wish to have this symbol on his VA-issued grave marker after his death.

On April 23, 2007, as a result of a settlement agreement between the VA and Circle Sanctuary, represented by Americans United for Separation of Church and State, the VA finally added the Pentacle to its list.  On Sunday, May 26, 2013, Dennis' wish was be granted as his VA issued Pentacle-inscribed veteran memorial marker was dedicated at his gravesite at Circle Cemetery.

In lieu of gifts or flowers, the family requests donations in Dennis' name be directed to:

Dennis, may the trout rise to the fly you cast,
may the grouse flush in just the right direction,
may the spring rains bring up green shoots from the blackened prairie,
and may there always be more cowbell.

We love you and miss you, Papa Bear!