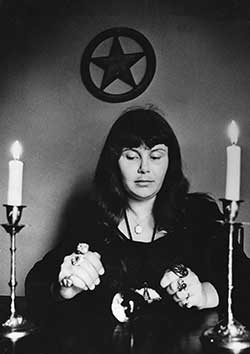 Carol Lee Wiggins Olson Gainer, also known as Lady Cybele, was born in 1942 in Winona, Minnesota and died on November 27, 2017 in Holmen, Wisconsin.  A Pagan elder and practitioner of Family Tradition Craft, Lady Cybele was part of the Circle Sanctuary Community since it began in 1974, and over the years contributed in a variety of ways including writing articles for Circle publications, teaching workshops and performing music at festivals, facilitating weatherworking rites at the Pagan Spirit Gathering, and assisting with some of the Pagan civil rights and religious freedom endeavors of the Lady Liberty League.  We mourn her passing but take comfort in knowing that she lives on in the many lives she enriched.  A memorial ceremony is being planned for Circle Cemetery.

She was active in her union and in 1985 was-selected as the AFL-CIO Wisconsin Woman-of-the Year. She was appointed by Gov. Tony Earl to the Comparable Worth Task Force and the Child Care Task Force.

In 1986 she became the West Central Field Representative for AFSCME Council 24, WSEU and served there for nearly 20 years before retiring. She was active in the Disabled American Veterans Auxiliary and was secretary of the Retired Enlisted Association (TREA).

She was a member of the Society for Creative Anachronism since 1972, where she adopted the persona of Lady Cybele of Rowangrove. She was active in Science Fiction Fandom for many years and practiced Family Tradition Wicca. 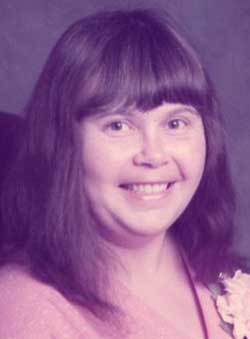 She is survived by two sons: Scott (Jennifer) Olson and their daughters, Claudia McIntosh and Claire Olson of Waunakee, and Christopher (Linda) Olson of Madison; an uncle, Charles (Ruby) Wiggins; an aunt, Nadia Wiggins; many cousins, and three special friends, Robin Arnhold (Beket), Karyn Schmidt, and Bridget Kielus-Fecyk.  She was preceded in death by her parents, her fiancé, and her husband.

Family, Friends, and Circle Sanctuary Community members are invited to remember Carol (Cybele) and celebrate her life at her Memorial Ceremony on Saturday, May 12, 2018 at Circle Sanctuary Nature Preserve near Barneveld, Wisconsin.

Arrivals begin at Noon.  Memorial Welcome & Orientation begins at 1 pm indoors at the Circle Sanctuary Temple and will be followed by a procession to Circle Cemetery.   A social in the Temple will be held following the Memorial Ceremony until 4 pm.

Those taking part are invited to bring one or more fresh flowers to leave at the gravesite at the conclusion of the ceremony.

Please RSVP to the Circle Sanctuary Office if you plan to attend: circle@circlesanctuary.org

Donations in her memory can be made to Circle Sanctuary.