Lore and Rituals by Selena Fox 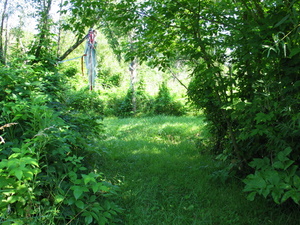 Lammas, or Lughnassad, occurs in late July and early August. It is marks the middle of Summer and the beginning of the harvest. It is the first of three harvest festivals and is usually associated with ripening grain. It heralds the coming of Autumn. The Goddess manifests as Demeter, Ceres, Corn Mother, and other agricultural Goddesses. The God manifests as Lugh, John Barleycorn, and vegetation Gods. Colors are Golden Yellow, Orange, Green, and Light Brown. It is a festival of plenty and prosperity.

Have a magical picnic and break bread with friends. Do a meditation in which you visualize yourself completing a project you have already begun. Make a corn dolly charm out of the first grain you harvest or acquire. Bake a sacred loaf bread and give a portion of it to Mother Earth with a prayer of appreciation. Make prayers for a good harvest season. Do prosperity magic. Harvest herbs in a sacred way for use in charms and rituals. Kindle a Lammas fire with sacred wood and dried herbs. If you live in or near a farming region, attend a public harvest festival, such as a corn or apple festival.

Now is the time when the Harvest starts again,

So Sing & Dance until Night ends,

Praising the Powers on Whom we Depend.